The purpose of this research is to find out how much influence the contribution of tax revenue derived from tax arrears on the issuance of letters of warning and forced letters. Data collection is done by the method of interviews (interviews), making observations (observation) and documentation. From the results of the study it was found that the disbursement of the results of the reprimand and forced letters from 2015-2016 were classified as less effective because they had not reached a standard value of 50% the level of effectiveness and the value of their contributions both in terms of the nominal value stated in the warning and forced
letters. Factors causing this are the lack of public awareness and compliance of taxpayers in paying their tax debts, taxpayers have moved locations and do not confirm to the West Medan Primary Tax Service Office, taxpayers do not recognize the existence of tax debt, taxpayers are unable to pay off their tax debt, mandatory taxes apply for installment payments because financial conditions are not possible if paid at once, taxpayers object to the amount of tax arrears, and taxpayers negligent, data owned by employees is limited. In addition, the number of billing employees is one of the factors because there are only 4 employees in
the West Medan Pratama Tax Office. If the tax debt is not paid by the taxpayer in accordance with the period specified in the taxation legislation, billing will be carried out. 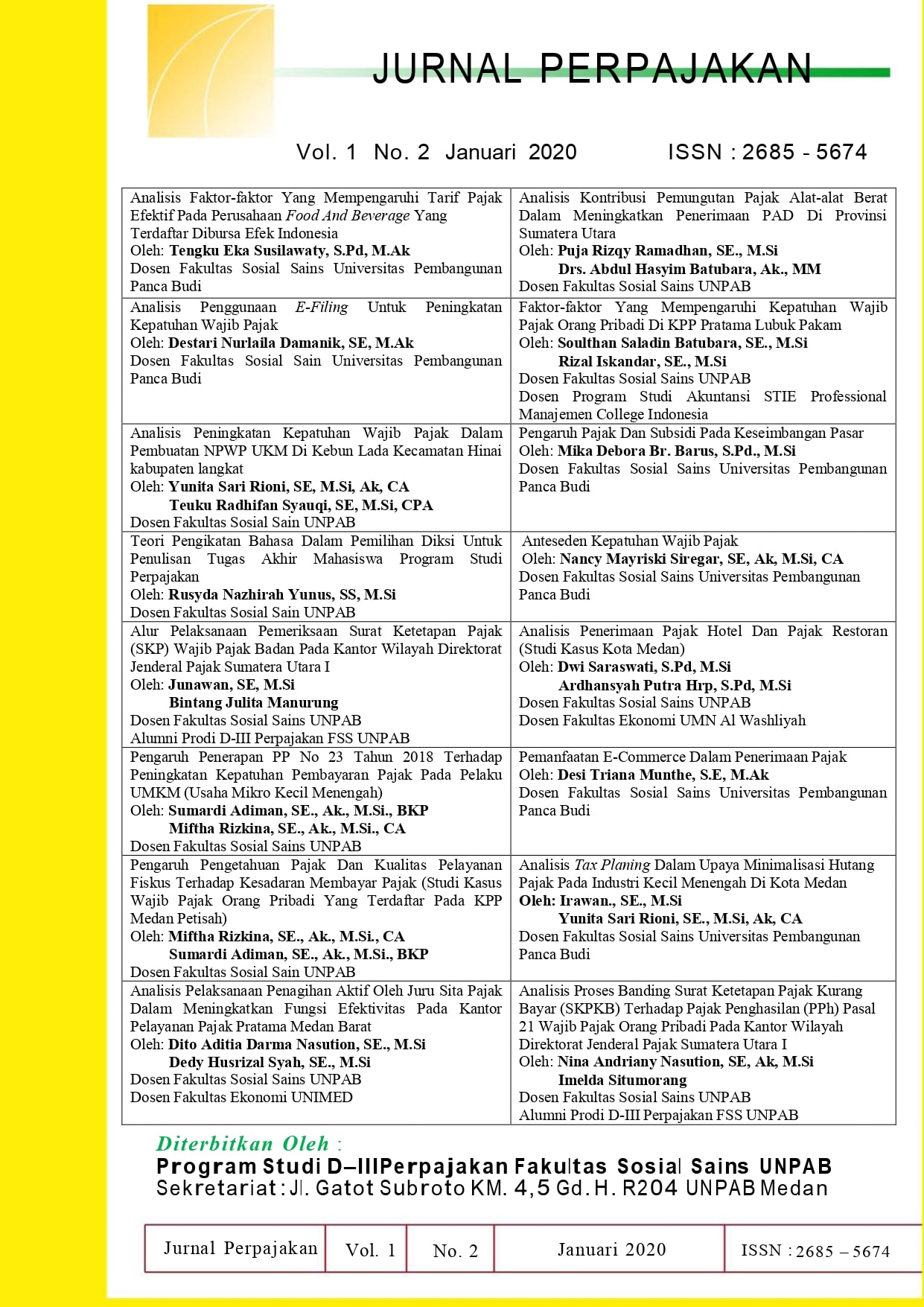